الأبرز
الرئيسية | Interview with Sophia Fakhry: GM of a Surviving Hotel in Beirut

Interview with Sophia Fakhry: GM of a Surviving Hotel in Beirut

Founder of one of Lebanon’s first design hotels, The Smallville Hotel, Sophia Fakhry tells us about the challenges faced by the tourism industry her country amid a revolution that began in October 2019 and then the COVID19 crisis. Several hotels and local businesses have been shutting down in a country torn by the de-evaluation of its currency in addition to a multi-dimensional social and political crisis.

How did the Lebanese revolution & COVID -19 affect the hotel industry in Lebanon?

All expectations and hopes for the hotel industry in Lebanon for 2020  were dashed with the onset of the protests and subsequently the pandemic COVID 19.

Occupancy rate saw a roller coaster drop the day after the protest began only to be aggravated further with the corona virus.

The problem with the tourism and travel sector is that it is the first sector to be bit when things get unstable. The negative side effects were seen almost instantly.  Hotels dropped from an 80 percent occupancy the day before the October 17 uprising to 4 percent within days. It was catastrophic to a country already on the verge of economic bankruptcy and political turmoil.

Suddenly hotels were unable to maintain the workforce given the severe drop resulting in drastic cash flow shortage.

The purchasing power among locals dwindled as well as corporate and leisure tourists vanished. Highly reputable hotels were forced to close threatening to put more than 120,000 families out of a job.

The travel lock down because of COVID 19 exacerbated the problem further and hotels found their establishment crippled and helpless trying to appeal to the government for help as they defaulted on their bank payments too.

How did you survive the circumstances so far?

The first nine months of 2019 were good for the majority of hotels that they have been able to sustain operations from those revenues. The Smallville Hotel for instance as well as other renown hotels have taken cost cutting measures seriously. Limiting  purchases, shutting down some floors and implementing energy saving measures. Employees were given annual leaves and salary reductions had to be enforced.

These measures  will only allow them to survive short term. Will they survive in the long-term? The answer to this question will depend largely on the political and economic reforms that the international community is asking of this government.

The mission of our industry shifted from a mentality of  profit making to a year of survival with the least damage possible. The Smallville Hotel was fortunate enough to have the highest occupancy in these times of crisis as the preferred hotel for oil and gas companies on drilling mission in Lebanon. Locals also see this hotel as a safe affordable escape from the more troubled downtown.

What role did the government play in these critical crisis?

Pierre Achkar, chairman of the Lebanese Federation for Tourism and president of the Hotel Owners Association, has appealed to the government to step in rescue this failing sector before it is too late. He has argued with the government that Some hotels have taken loans with high interest rates to be able to survive. Now they reel under an accumulation of losses and are not able to pay their loans and bank dues.

Achkar urged officials to issue decrees that force  banks to consider the difficult circumstances the country has been through and decrease interest rates to allow hoteliers to maintain their properties.He also called on the government to exempt hoteliers from paying value added taxes and other levies and to reduce their electricity bills .High ranking officials have held several meeting with the hotel sector in attempt to find a solution. No real saving plan as seen the light yet.The number of restaurants and cafes that closed during the last five months in Lebanon reached 785,.The head of Lebanon’s syndicate of restaurants owners, Tony Ramy, said in a statement that that the syndicate was awaiting a government action plan that would be commensurate with the current situation.

The hopes for a fast saving plan by the government seem grim. Foreign currencies, notably the US dollar, have grown increasingly scarce, local banks have imposed unprecedented capital controls, exacerbating the economic condition and making it difficult for the government to step in with a serious rescue plan for the hotel and tourism industry. Without serious judicial, economic and political reforms there is not light at the end of the tunnel in the foreseen future.

How long can the hospitality industry – globally – survive current events?

The key word here is survival until the tide turns.

Following the wave of COVID-19-, the hospitality business has taken an unimaginable hit. Whether it’s the widespread fear of being infected, government-enforced shutdown or the implementation of social distancing, businesses in the hospitality industry are witnessing the decimation of their finances. To stay afloat, hospitality businesses will need to move quickly in finding smart and alternative ways to adapt . Customer purchasing behavior has moved from in-person to online. The current consumer is looking to fulfill their needs online, while also seeking reassurance that their e-purchases will be risk-free. In due time restrictions will ease business will resume but with a shift in the way we looked at business before covid 19. Each hotel will have devise ways of adaptation , consumer reassurance, online marketing presence in the hope that people after stressful times might be inclined to invest in leisure travel. They will need to look at their cash reserves and come up with financial strategy to help them pick up again.

Choosing the right strategy should be the number one priority right now. With demand running low, businesses do not have a lot of leeway for experimenting and taking big risks. Making informed choices by studying the consumers fears and needs and appealing to them online or securing alternative revenue centers online such as food delibery services or promoting safe measure campaigns.

Cash flows and capital reserves need to be structure for survival short term and profit long term. Cost cutting measure will need to be enforced as we weave our way through new unexplored times.  Time, patience and careful financial planning is key.

Post COVID 19, what changes do you foresee to the industry?

There has been a global shift in consciousness and an accelerated demand for online consumption. I see businesses shifting focus to the online more now than ever. They say necessity is the mother of all creation. I see the need to invest more on qualified virtual marketers and operators, I see the travel and tourism adapting to a new way of life and grabbing every online and virtual opportunity to find appealing ways to lure customers back in to reboot their business. It is a new learning curve where each layer will be uncovered along the way through trial and error. The need to escape travel and do business oversees will not disappear it is has only taken a new and more cautious approach. 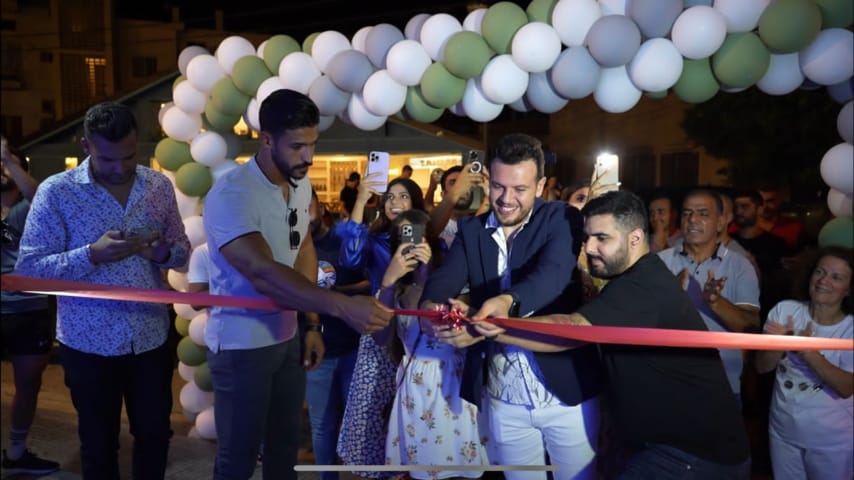